Nashville, TN —  Ben Tankard has been bestowed with many titles and decorated with some of the highest honors in entertainment, arts, and music.  He is a multiple Grammy®, Dove and Soul Train Award nominee with Gold and Platinum selling Gospel and Jazz albums.  He has earned 15 Stellar Gospel Awards and inducted into the Stellar Awards Honors Hall of Fame in 2018.

With a music career spanning three decades, Ben has topped the Billboard Gospel and Jazz charts with each album and has landed at the top again. His single “Rise” hit #2 this week on the Billboard Smooth Jazz National Airplay Chart.  Ben’s remake of Herb Alpert’s iconic jazz hit features Marion Meadows on sax and is the first single from his RISE album which peaked at #13 on Billboard Top Gospel Albums Chart. RISE, released on his Ben-Jamin Universal Music record label, features collaborations with Paul Jackson, Jr. on “More Rain”, and with Kirk Whalum on “It’s Working”.

Hailed as “The Godfather of Gospel Jazz”, Tankard added best-selling author to his list of accomplishments with ease.  His successful motivational self-help book The Full Tank Life: Fuel Your Dreams-Ignite Your Destiny hit Essence Magazine’s “Ten Most Un-Put-Downable Reads Of The Year” list.  The Full Tank Life is available online and in bookstores everywhere.

The author, musician, producer, pilot, and pastor of a thriving church near Nashville, TN continues the poised ascension in his career and is now celebrating his first NAACP Image Award Nomination.  Ben and his RISE album are nominated for Outstanding Jazz Album.

The NAACP Image Awards celebrate the accomplishments of people of color in the fields of television, music, literature, and film and also honors individuals or groups who promote social justice through creative endeavors.  The 50th NAACP Image Awards will air live on TV One on Saturday, March 30, 2019.  And Yes! Tankard will be there with reality tv camera’s in tow to capture all the highlights of his big career event. His popular Thicker Than Ever: The Tankards TV show returns to the small screen later this year…details forthcoming.  #ThickerThanEverTheTankards
Get the 411 on The 50th NAACP Image Awards at https://naacpimageawards.net.
Connect with Ben Tankard on social media @BenTankard.  You can catch him on tour or add him to your favorite streaming playlist by logging on to BenTankard.org.
Follow @BenTankard
Interviews & Product Requests: Benita@TheBellamyGroup.com
Booking 2019 Dates  *  CALL NOW!  *  615-907-0185
Contact BEN-Jamin Universal:  bentankard@comcast.net 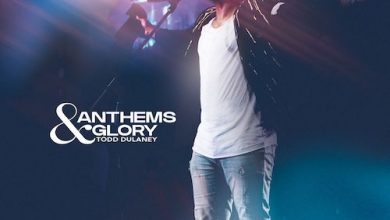