Memphis, TN (January 9, 2019) — He is one of Gospel music’s most notable male vocalist with a five-octave range and has established himself as a prominent music industry mogul.   He is a military veteran and has a philanthropic heart of gold.  His acclaimed music artistry, dynamic ministry and humanitarian efforts has earned Dr. Earnest Pugh the title of Gospel’s Leading Man.

Dr. Pugh vibrantly commands the stage with his music and powerfully engages congregations with the teaching and preaching of God’s Word.   He has traveled the globe and is respected world wide.  Dr. Pugh is now commissioned to minister on a regular basis in his home town of Memphis, TN.  Beginning March 3rd, Dr. Pugh will present WORD, WORSHIP and COMMUNION every first Sunday from 5-7PM at The Holiday Inn Suites, 5090 Copper Creed Rd, Millington, TN.

“I have fought this calling/assignment since I was 8 years old,” Pugh explains.

“My great grandmother spoke over my future often saying: God is going to raise up a prophet in this region and son, it’s going to be you. You can run but you can’t hide. God is going to have his way.”

Pugh continues, “I rejected, denied, and even turned down a full music scholarship at Memphis State University to join the US Army (at 18 years old) to secure my unavailability in fulfilling the assignment there in my hometown.  Recently, I reluctantly boarded a flight to Memphis for a concert and I heard the Lord clearly say: Why be a public success and private failure?  I did not have full understanding on what that meant until my family members cornered me one day and said ‘Your gift is shared and appreciated globally, but we, as your family, feel neglected and left behind.’  That day I felt convicted and instantly began to seek the Lord for ways to pour into my own family, friends and community.”

WORD, WORSHIP and COMMUNION will be a two-hour spiritual encounter that is open to the public.  Dr. Pugh will be engaging the waiting contraction in worship, breaking of the bread of life, and will end with a corporate prayer and the administering of communion.

Dr. Pugh will begin his monthly WORD, WORSHIP and COMMUNION with the series “Exposing The Mind Blinder”.

Dr. Pugh has received a Master of Divinity and Doctorate of Ministry from the Howard University School of Divinity, and an honorary PhD in Theology from The Institute of Teaching God’s Word (Rockdale, Texas).  He has served as a Worship leader for over two decades and is a veteran of the U.S. Army having served over 20 years in the military.

Dr. Pugh has released an impressive 10 albums to date with over ten Top 30 Billboard Singles.  His latest single is “Bless His Name” from his chart topping album THE UNSUNG HITS, Vol. 1. 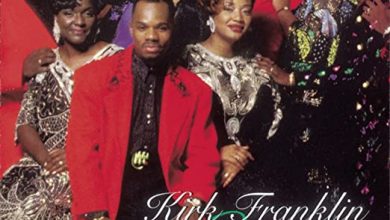 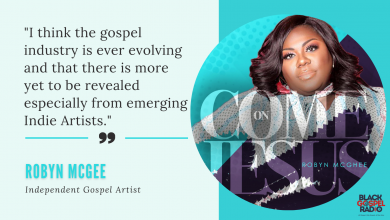