Multiple Award-winning Recording Artist, Songwriter, and Author Richard Smallwood Releases Memoir
‘TOTAL PRAISE: THE AUTOBIOGRAPHY’
The Music Legend Shares His Journey of Love, Music, Loss, Grief, and His Bout with Depression, Mental Illness and His Obsession with Suicide
(Washington, DC – December 3, 2019) – Multiple Award-winning recording artist, songwriter, and author, Richard Smallwood, released his memoir TOTAL PRAISE: THE AUTOBIOGRAPHY, with the Foreword written by Tony Award winner Phylicia Rashad on November 11, 2019, two weeks before his 71st birthday. He also shares his journey of love, loss, grief, and his bouts of depression, mental illness and his obsession with suicide. Published by Godzchild Publication, TOTAL PRAISE is available on digital retail outlets, including Amazon, Amazon Kindle, Apple, and Barnes & Noble.
TOTAL PRAISE also documents his humble beginnings from Atlanta, GA to Washington, DC, to his love of music as a child prodigy to his memories of segregation to the Civil Rights Movement and beyond. As a young child, Smallwood also experienced trauma with regular beatings and physical abuse by his stepfather, including the time his stepfather sexually molested a little girl at the church, who was one of his friends. TOTAL PRAISE is an intimate and engaging autobiography with countless stories of tragedies and triumphs by one of America’s most revered music legends.
With all of his many career achievements, accolades, and awards, Smallwood, like many other people, has suffered from depression and mental illness for decades. With a powerful testimony and excerpt from his book, he is transparent about his struggles with the disease and the obsession he had with suicide.

“The year 2015 was a rough one for me. After stopping my medication in 2010 for no other reason than thinking I didn’t need it any longer, the depression began to creep back in increments. It was so gradual that I didn’t realize it was returning. By 2015, I knew that it was back; I just didn’t want to admit it. I didn’t want to talk to my therapist because I knew deep down inside I needed to get back on medication, and that was what she was going to tell me. But each month, it seemed like it would get worse. Being consumed with death began to invade my mind again.”

“The depression was so thick it was almost physical. In fact, it was so thick; it was almost visible. Day by day, it got worse until it was hard for me to get out of bed. By the time that Thanksgiving, the anniversary of Mom’s death, and Christmas all came around, it had gotten scary. I hid it from my family and everyone. I spent many days googling on the Internet how to end my life painlessly. I didn’t want to suffer or be maimed in some type of permanent way and yet still be alive; I just wanted it to end. I watched video after video on YouTube of suicides, people shooting themselves in the head, people hanging themselves, and jumping from buildings, thinking I just needed to find a painless way to end it. I became morbidly fascinated by watching these suicides and couldn’t stop watching them. Every time I would Google ‘painless suicides,’ a suicide hotline number would come up on the screen and say, ‘call immediately.’ I didn’t want help. I just wanted it to be over.”

In 2020, Smallwood will begin his yearlong North American and international tour, “The Total Praise Experience,” where he will not only participate in workshops and performances, but he will engage in conversation with audiences, supporters and fans about his many life lessons and how he has overcome obstacles and continue to struggle daily to remain mentally and spiritually healthy.
Smallwood began to play music by ear at the age of five. By seven, he took formal music lessons, and by eleven, he had formed his gospel group made up of neighborhood children. During his junior high school years, Robert Flack was one of his music teachers who significantly influenced his growth and development. While at Howard University, Smallwood was also a student of the late great Dr. Thomas Kerr and was a member of the first gospel group, the Celestials on Howard University’s campus, who years later became one of the first gospel groups to perform at the Montreux Jazz Festival in Montreux, Switzerland. Smallwood was also a founding member of the Howard Gospel Choir.

During his college days, he became friends with Donny Hathaway, who also had a major impact on his career. Smallwood also played and wrote music for numerous productions at Howard University’s Drama Department, where he worked alongside fellow students and sisters, Phylicia Allen-Rashad and Debbie Allen.

After graduating from Howard University, Smallwood taught private lessons at the Washington School of Music, and later for the Washington, DC Public School system and the University of Maryland, College Park.
In 1977, he formed the famed Richard Smallwood Singers. In 1981, he secured his first record deal with Benson Records. His debut album, The Richard Smallwood Singers, spent 87 weeks on Billboard magazine’s Gospel charts, which cultivated a fresh, young, and sophisticated audience for the ensemble and produced the now classic, “I Love The Lord.”
Born in Atlanta, GA, and raised in Washington, DC, Richard Smallwood’s career in music spans more than three decades. Best known for his global anthem, “Total Praise,” “Center of My Joy,” and “I Love the Lord,” he has released 19 albums and received 11 Stellar Gospel Music Awards, four Dove Awards, one NAACP Image Award and eight Grammy Award nominations. His music continues to influence generations of music lovers and creators globally. Throughout his career, he has worked with a wide range of music artists, including Aretha Franklin, Edwin Hawkins, Whitney Houston, Chaka Khan, Yolanda Adams, Destiny’s Child, Karen Clark Sheard, and Kelly Price, among numerous others.
In 1971, Smallwood graduated from Howard University cum laude with a Bachelor of Music. In 2004, Smallwood earned a Master of Divinity from Howard University School of Divinity and was subsequently ordained at his home church, Metropolitan Baptist Church in Washington, DC. In 2006, he was inducted into the GMA Gospel Music Hall of Fame.
Book Details
Title: TOTAL PRAISE: THE AUTOBIOGRAPHY, RICHARD SMALLWOOD
Author: Richard Smallwood
Publisher: Godzchild Publication, a division of Godzchild Inc.
Distributed by: Godzchild Publication, a division of Godzchild Inc.
Publication Date: November 11, 2019
ISBN: 978-1942705970 (Paperback)
ISBN: B081B8KV7V (E-Book)
Price:  Paperback $24.95, E-Book $9.99
Format: Paperback, E-Book
Page Count: 537 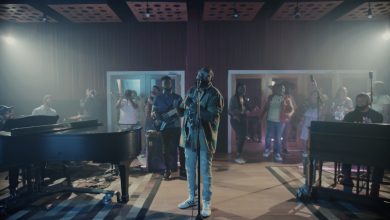