‘Increase My Faith’ by Brian Courtney Wilson Serviced To Radio
Wilson Tapped To Join The Vintage Tour With Fred Hammond In Spring 2019
Nashville, TN (January 11, 2019) – Following his number one single, “A Great Work,” Brian Courtney Wilson offers a new track “Increase My Faith” to gospel radio this week.
The upbeat single, off of his popular 2018 album A GREAT WORK, serves as the perfect mantra for 2019. The song sets an atmosphere for increased faith and greatness in the new year. “The Lord is preparing me for great things, that I have yet to see, but on days when it’s hard to believe … Increase my faith!”
Get “Increase My Faith” by Brian Courtney Wilson
from Amazon or  iTunes
Wilson is enjoying a great start to the year, hot off the heels of his two Grammy® Award nominations, and has a busy month ahead of him. As a long-time resident of Houston, he will serve as the “Entertainment Grand Marshal” for Houston’s Original MLK Jr. Day Parade organized by the Black Heritage Society. He also joins the parade’s additional Grand Marshals, Georgia congressman and civil rights leader John Lewis, and Houston Astros outfielder George Springer.
Also announced recently, Brian and legendary singer Fred Hammond will hit the road on “The Vintage Tour.” The nationwide tour will launch this spring and is being billed as a musical retrospective of their greatest hits.
Fans can catch Brian on Tuesday, January 15, with Don Jackson (Chairman of Central City Productions and founder of the Stellar Awards), and a host of other Gospel stars, when they announce the nominations for the 34th Annual Stellar Awards on gospel radio.
FOR PRESS:
Jojo Pada / Ignition PR
201.244.7343 || ignitionpr@gmail.com 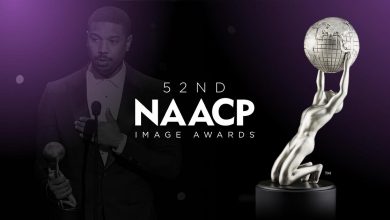